Welcome back to our home renovation and remodel project thing. Today will be maybe the most exciting day, because we are going to start installing some windows! 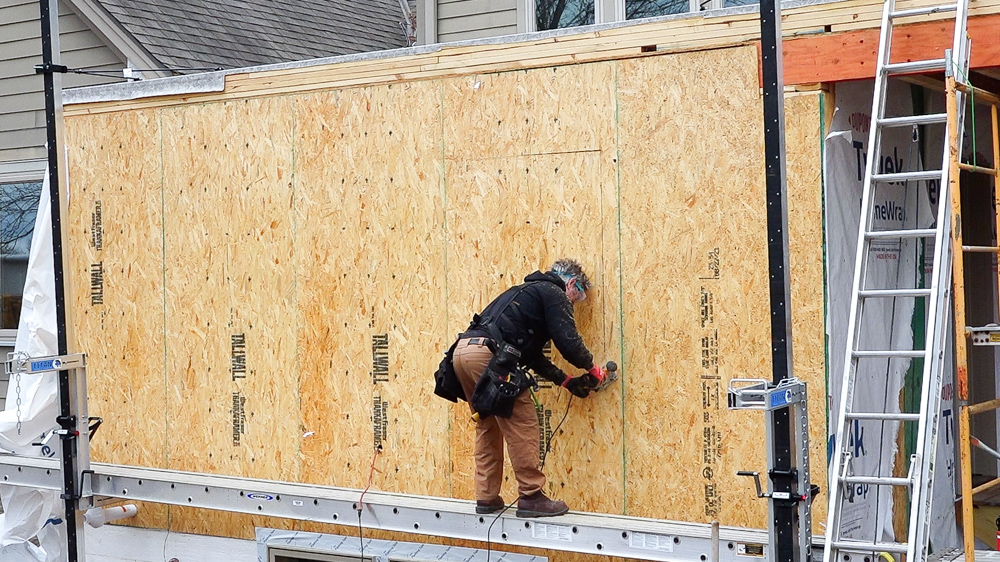 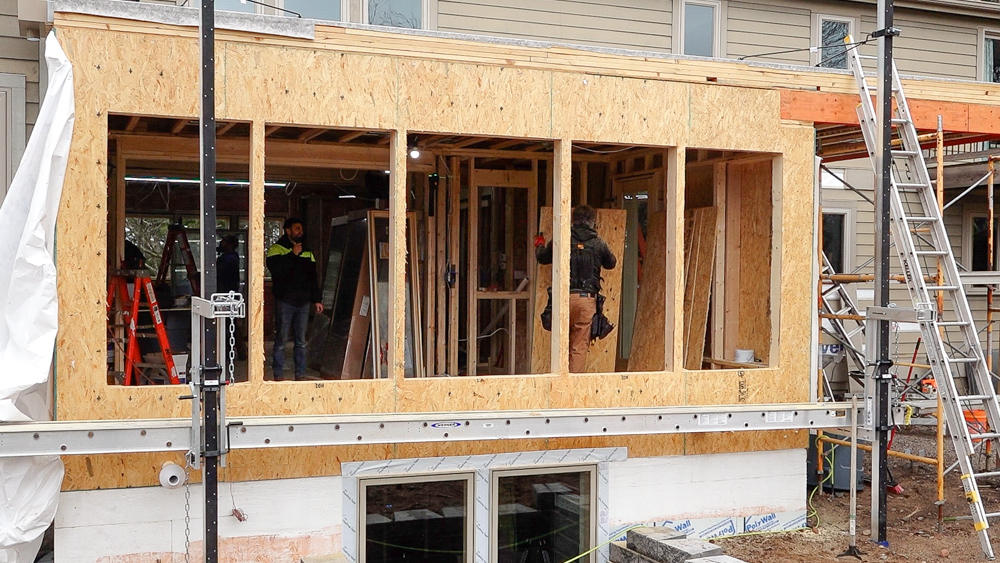 This feels a lot bigger. I can see in there now! Our first five window openings are cut, so now this is a matter of stepping through the prep process and setting all the windows. Inside up on the wall, we have a laser mounted, which allows us to set all the windows to the same height as the door. 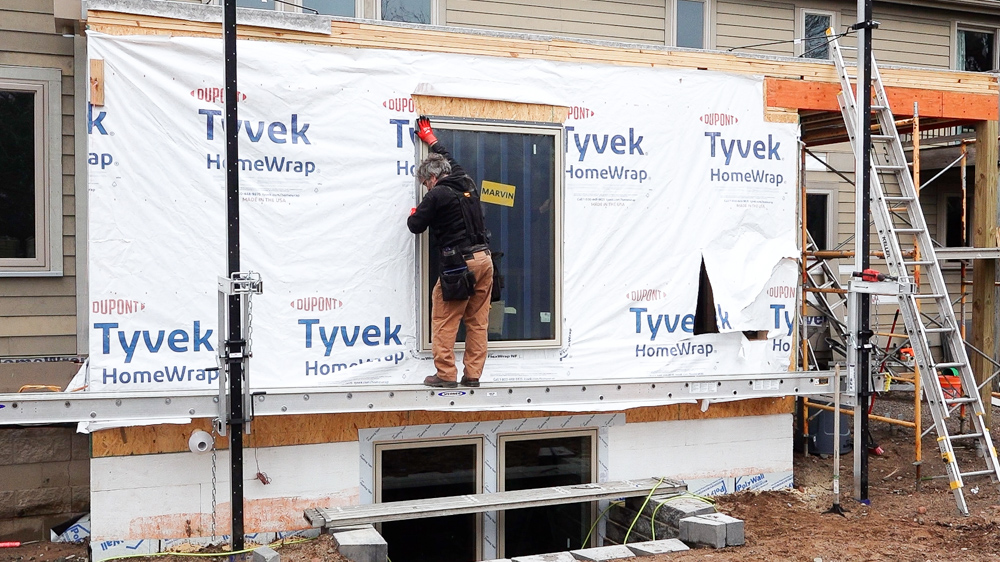 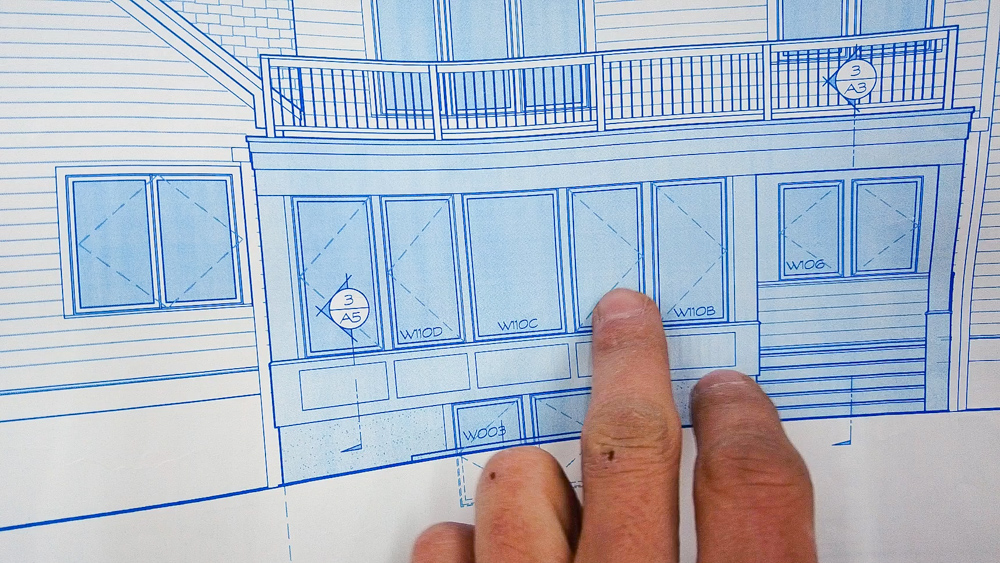 Here’s the layout for these windows. The center one is fixed, but the two windows on either side are operable. The paired windows are going to open in the same direction rather than opening on opposite sides. 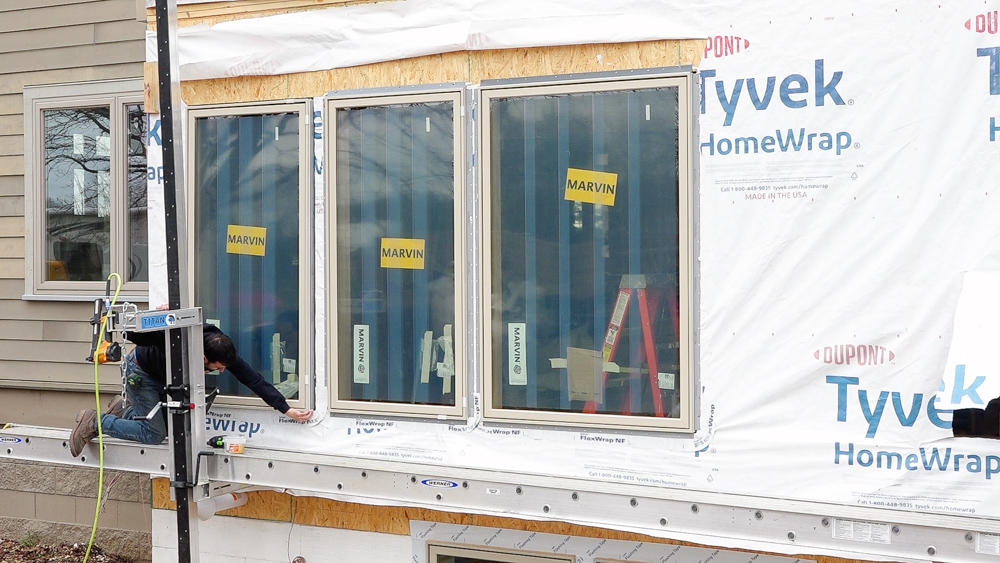 Getting both of the first pair in, after a lot of adjusting and readjusting. 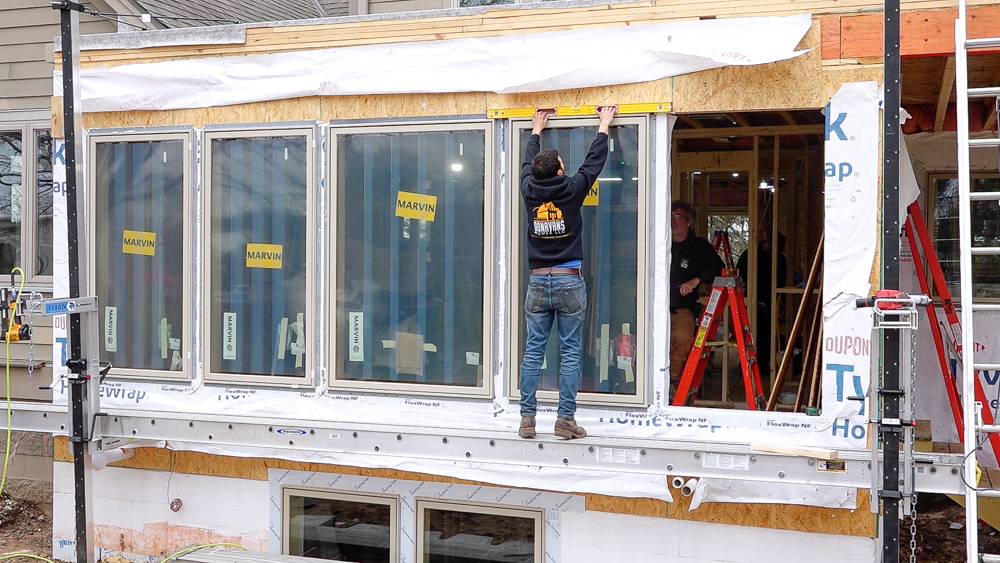 Starting on the second pair, and the first of this pair is the wackiest so far. Lots of readjusting. 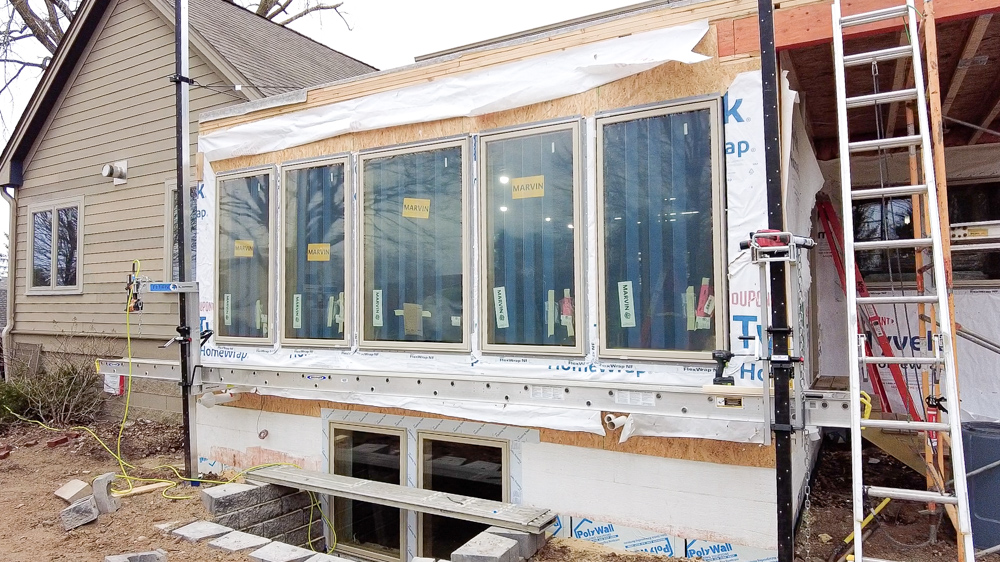 Here is the first look on the outside with all five of the main windows in place. Unfortunately, our center window ended up a quarter inch off-center. It’s too far to the left, so these windows aren’t aligning correctly. I’m going to quickly pop out all the screws I put in on the left side, and we’re going to start over with the alignment and spacing. It’s a good thing we switched to screws because pulling a bunch of nails up would’ve been horrendous and terrible. But, this is looking amazing, and it’s starting to look like the picture now! 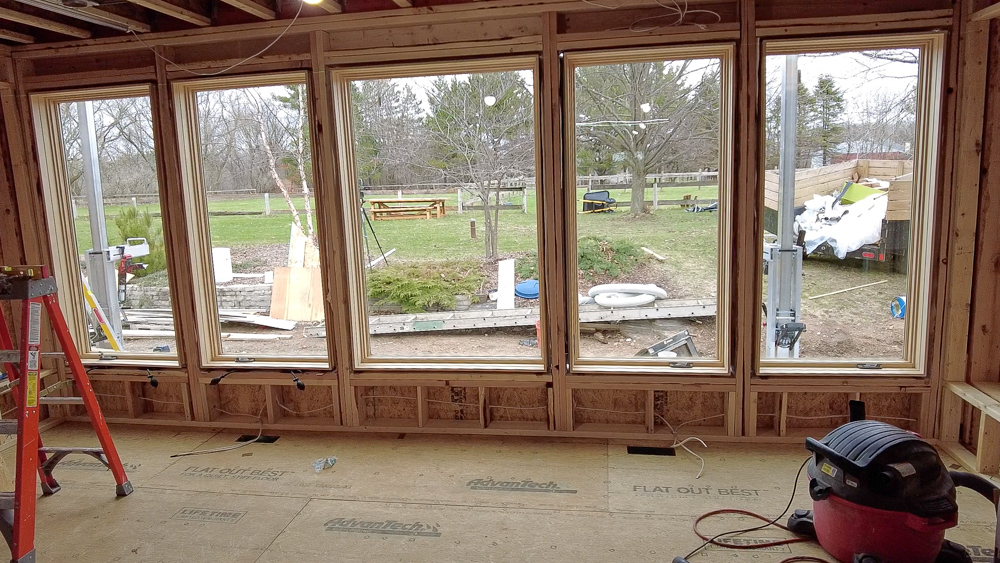 That’s a lot of glass! This is definitely a sunroom now. It has evolved a lot from the original concept, because it was going to be a three-season porch, with the exterior wall behind it and a door into the porch. But I am glad we decided to incorporate this into the house.

And here it is from the outside! We’ve been waiting six months for this day, and it’s hard to get over how big of a change it makes. We just have the three windows on the other side to do tomorrow, and then we are done with windows. All told, we will have installed 17 windows and a door!

Thank you as always for watching, we greatly appreciate it. If you have any questions or comments on setting five windows all in a row, please feel free to leave us a comment. Until next time, happy woodworking. And trim carpentry and finishing and setting windows and whatever you want to do.