Office Walls and Starting the Porch

Welcome back to our home renovation and remodel series. This one is probably going to be disjointed, because for the next few days we’re going to be jumping around to a lot of different things. 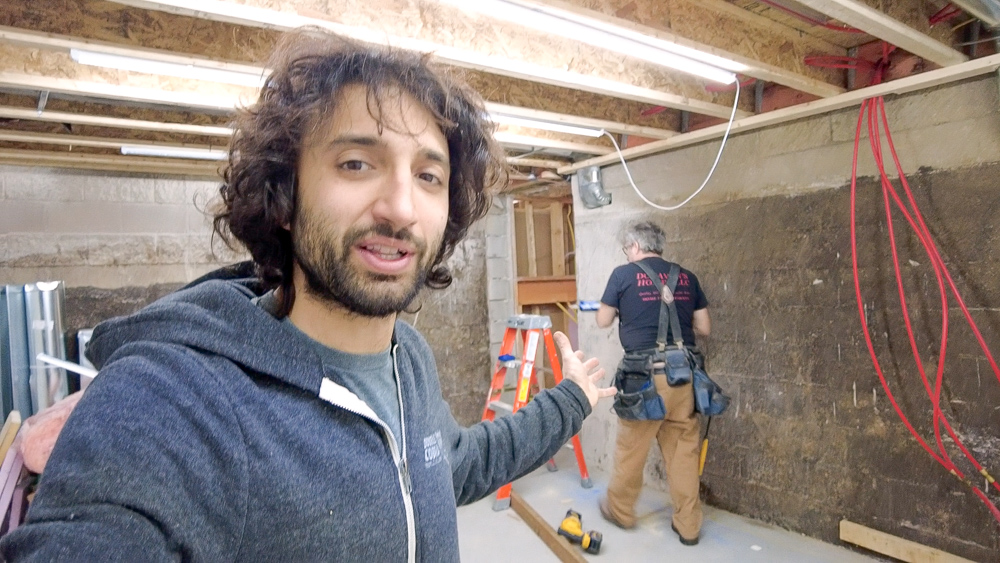 We’re down in the office today doing the last little bit of framing. We have a couple wall slates to go in, so that the electricians can come through. This is the last room that they haven’t roughed in yet, so we’re trying to get set up for them today. 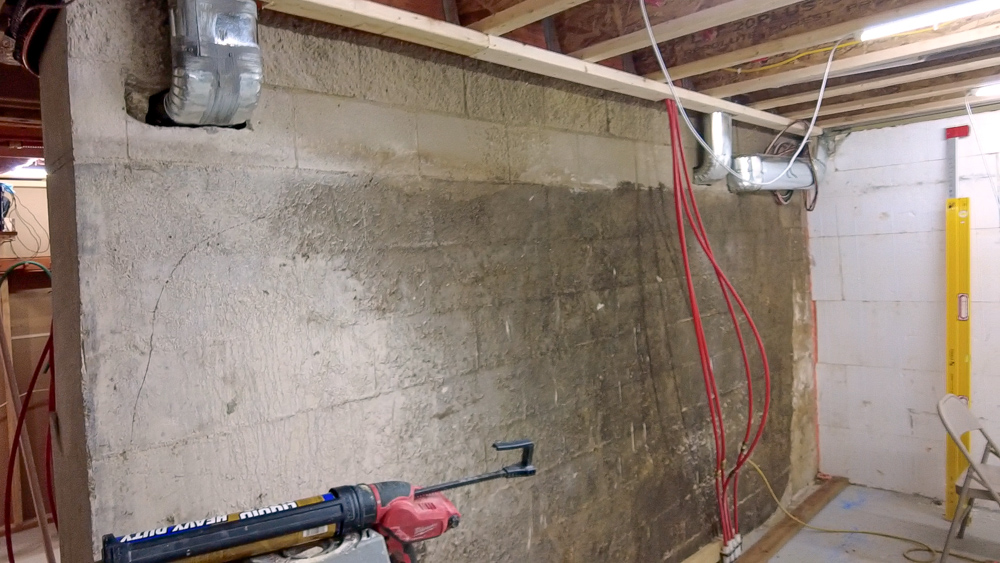 A few interesting details in the office: This wall that goes along the back is going to be furred out from the block wall a little bit, to leave some room for utilities and things to run. It will have the heat lines and some duct work coming through the wall. 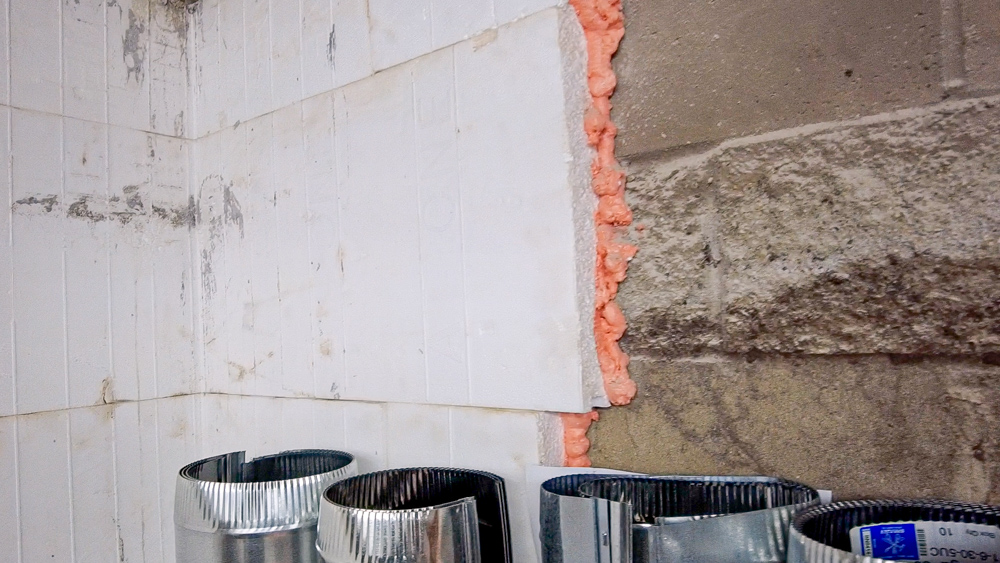 Then on this wall, we need to come out so that we’re in line with the ICF foam, so we have a little bit of furring out over here. 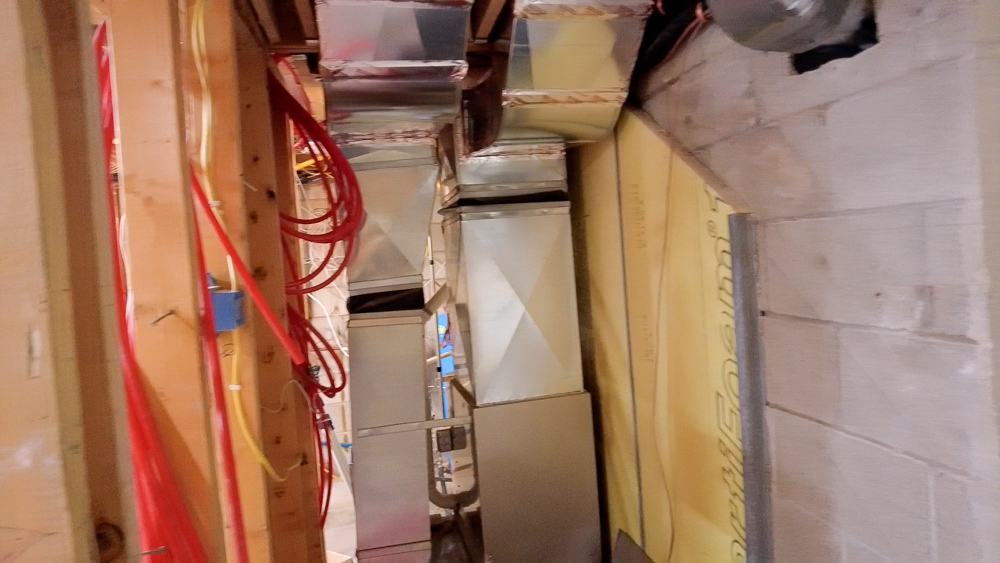 Then we have to figure out what we’re going to do in our hallway. We’re going to put a closet in the corner of the hallway. This is where the stairs used to be, and by getting the staircase out of here and getting the duct work up in the ceiling, that bought us all this floor space here that we can use as a closet. 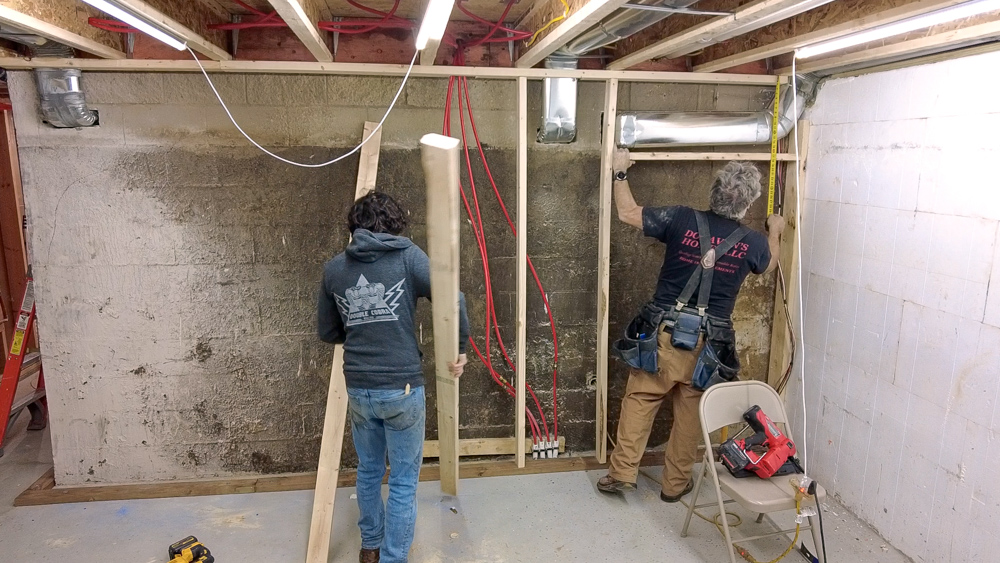 We’re working on furring out this wall here first, which should go pretty quickly. 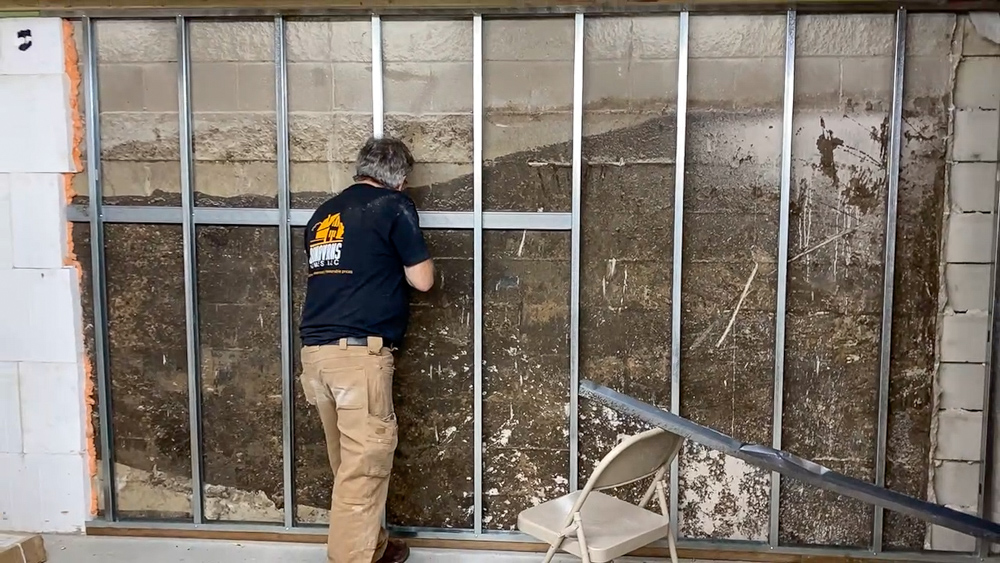 Next up, we got the metal stud wall in. 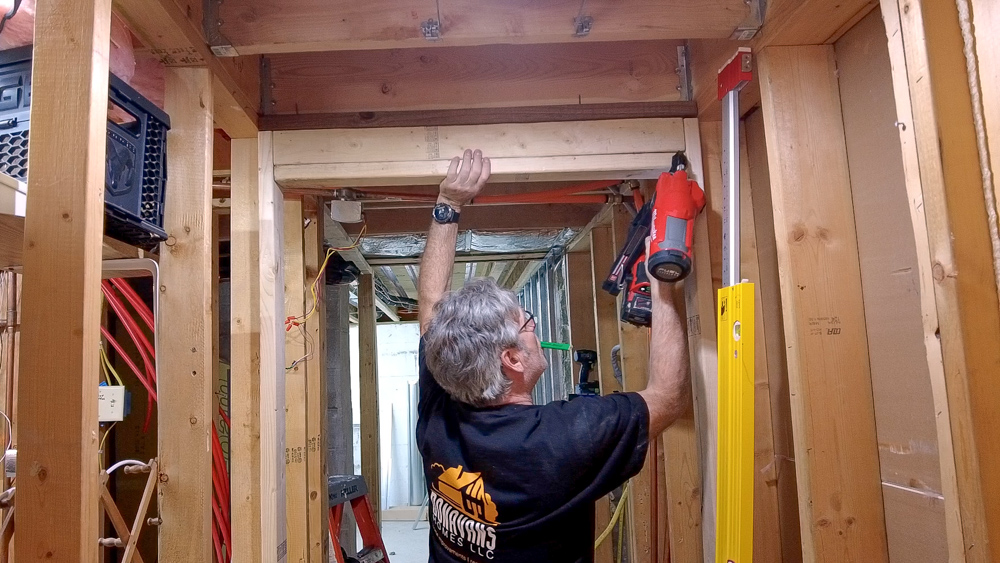 Now we’re coming out into the hallway to get the opening frame for the doorway. 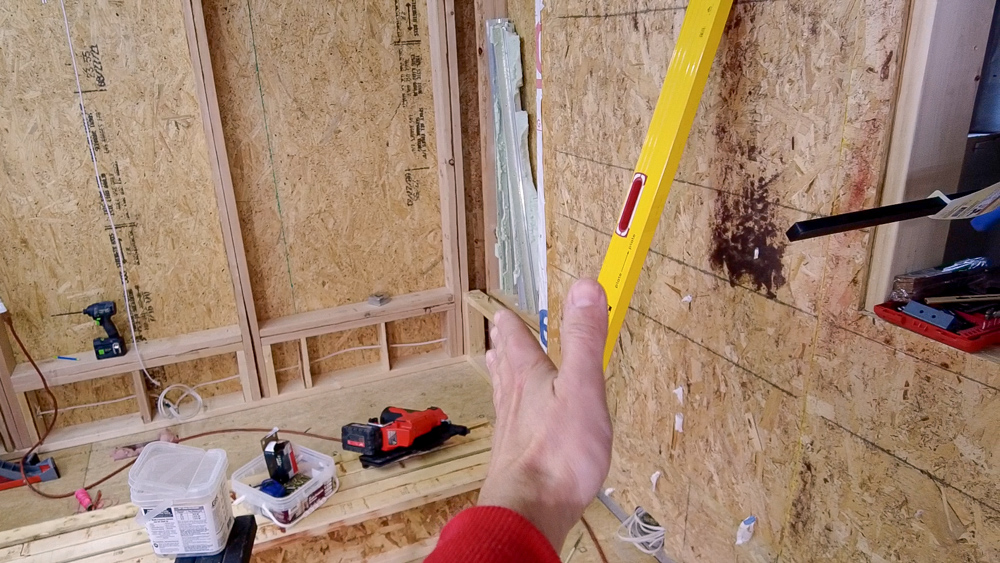 So now we’re up in the sunroom, and we’re going to finish up the framing of the two furred out walls up here. These need to be furred out because of this jaunted corner here. In order for this wall to run nice and flush into there, this needs to be furred out to 10 and a quarter. To mirror that and keep the room asymmetrical, we will do the same thing on the other side. 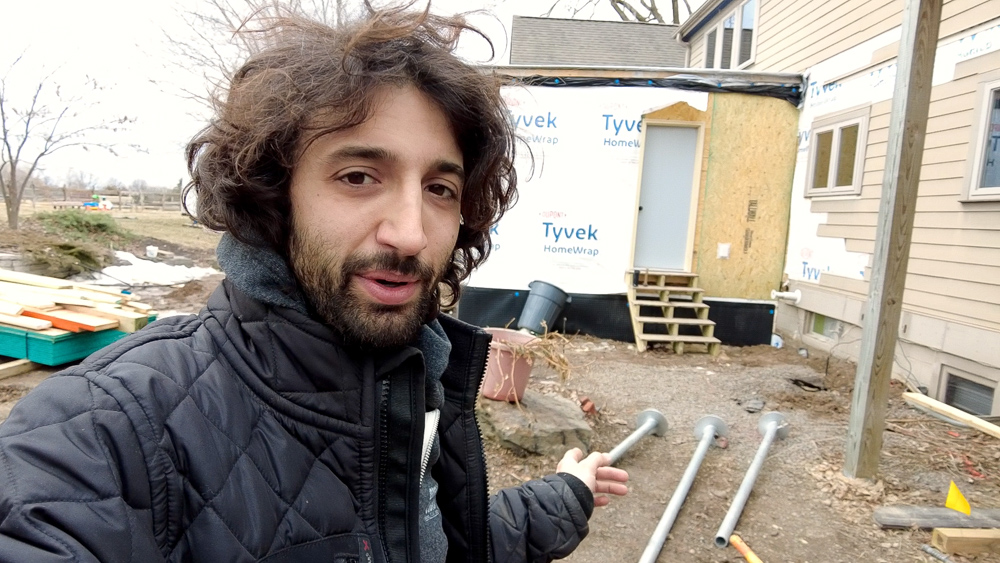 Now it is Monday, and today we are having the footings installed for the porch out back here. We have Goliath Tech out here again doing the screw piles. They get screwed into the ground, and that becomes our footing. We were originally going to do poured concrete piers out back here, but as far as timeframe goes, this is going to be a better solution for us. We want to get these installed, so we get this porch on here, so we got a roof on here, so we can get all the windows set, and start doing the interior stuff. So as a way to keep things moving, the screw piles are a better solution. 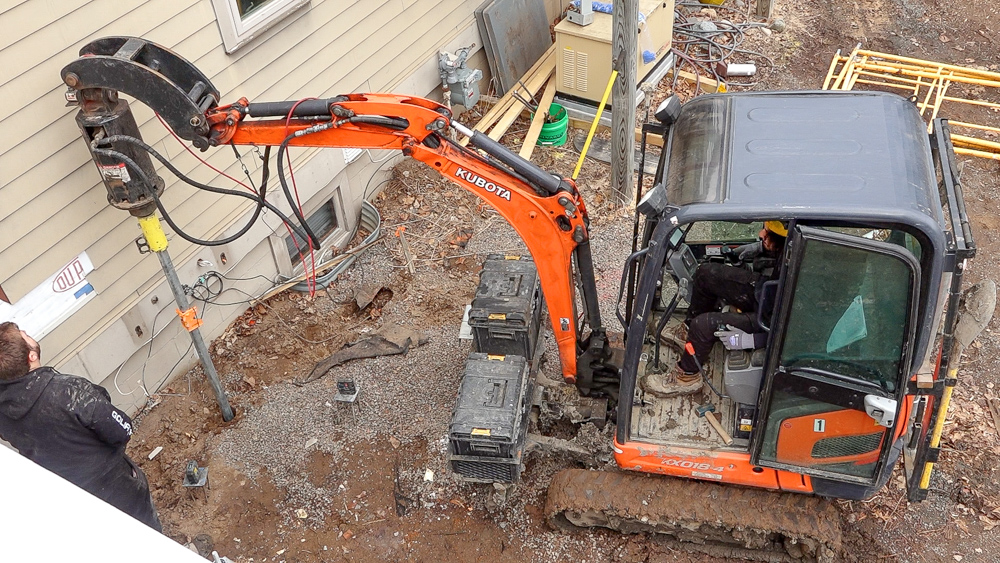 We have three screws going in here. One supporting the corner of the bump out, one supporting the roof structure, and one supporting the staircase. In part eight, we installed a pair of these for the front addition, so if you want more info on the screw piles, check what that post, because we talked about all the nitty gritty details on these things back then. 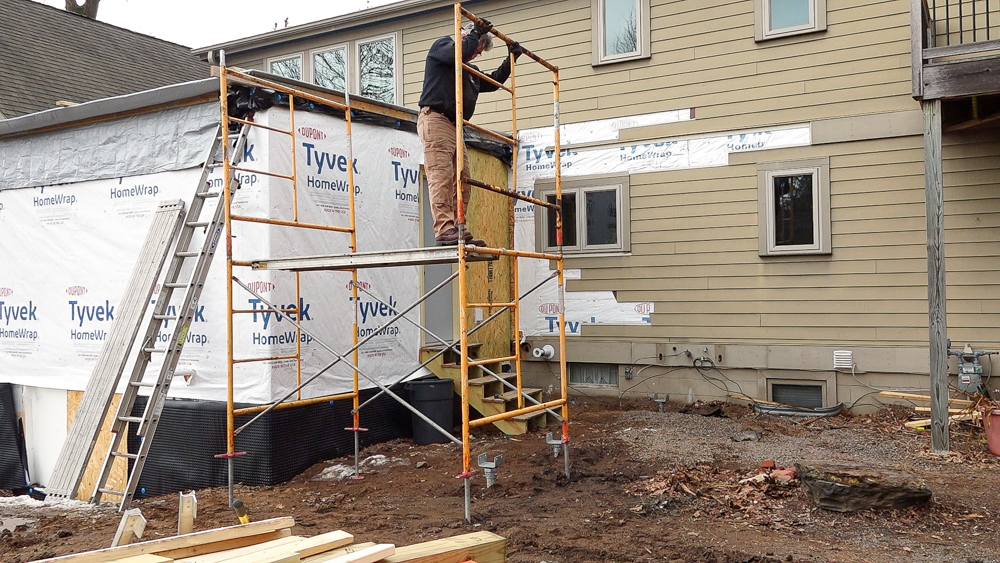 This afternoon we are going to start some prep work for the porch area, get the scaffolding in place, and pull the siding off the house. 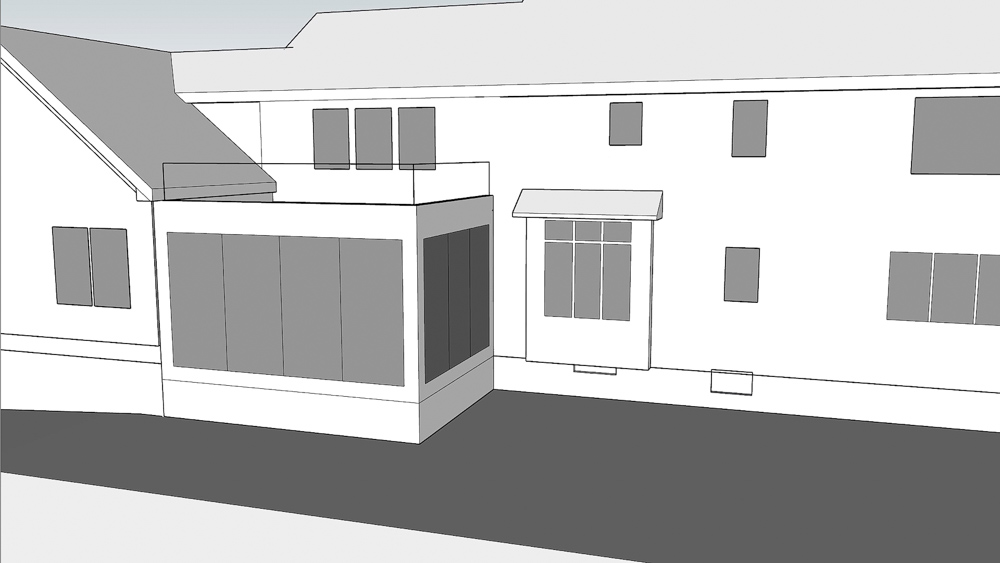 As we’re getting started on the porch addition, I thought I’d tell a little more about the design, because it’s been an evolving process, and it shows what can happen as you start thinking more and more about the overall layout and design. Originally the sunroom was going to just extend past the house to where the old addition was, and we had the bump out for the sideboard. 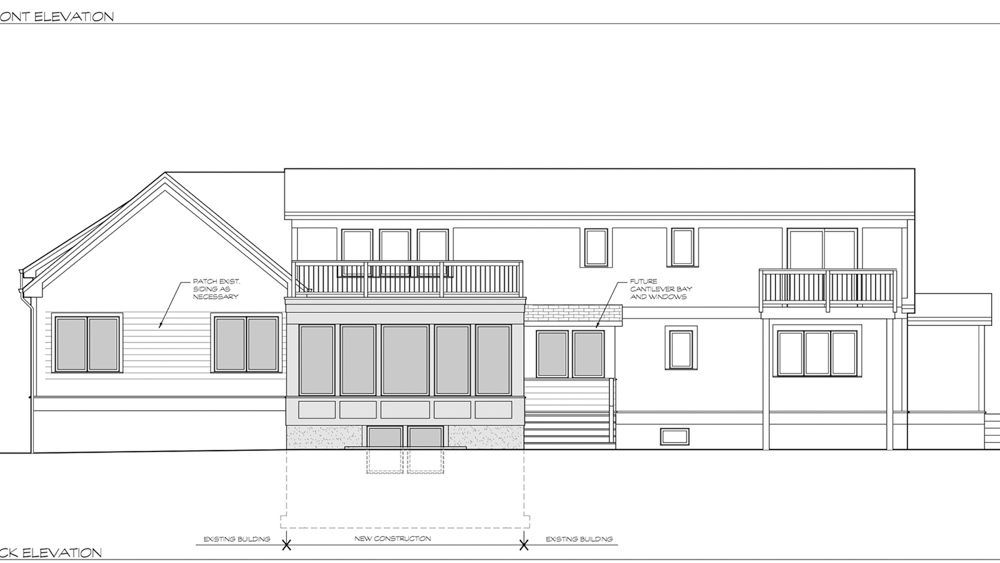 As discussions went on, we were thinking, “instead of having this little nook between two buildings, why don’t we just push this one out further and make this bigger.” We gained a much more usable pantry because we don’t have this weird alcove in between the buildings now. 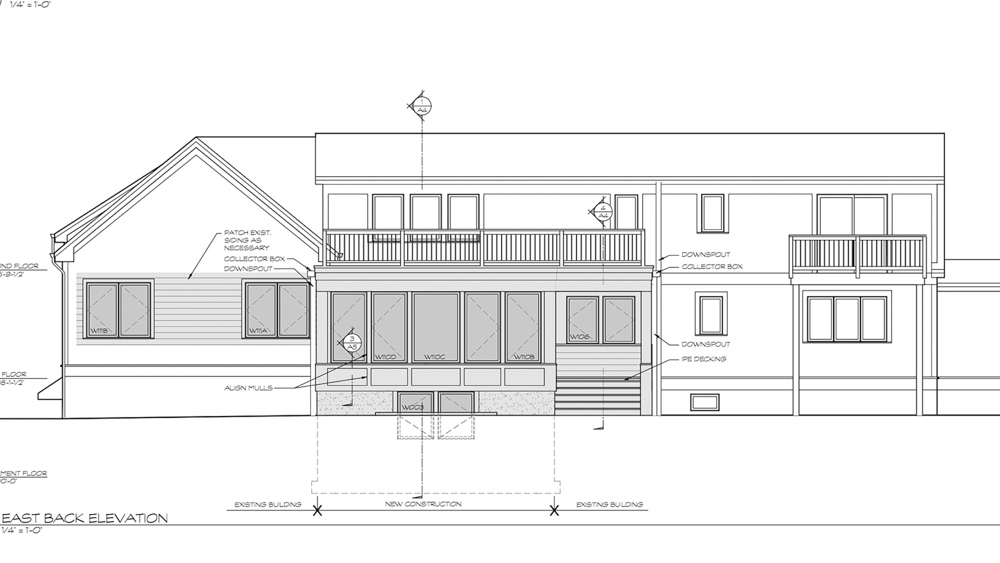 Then we thought “wouldn’t it be cool if this was a covered patio?” We were always going to put a little deck outside of the door, but by extending the roof, it would be covered. So instead of having two roofs and trying to tie those together, we’re going to have one large roof that comes all the way across. So now we’re going to basically extend what we worked on last year. We’re going to run an LVL from the corner of the addition out to a post. Then it’ll run back into the small addition that we’ll put onto the house. 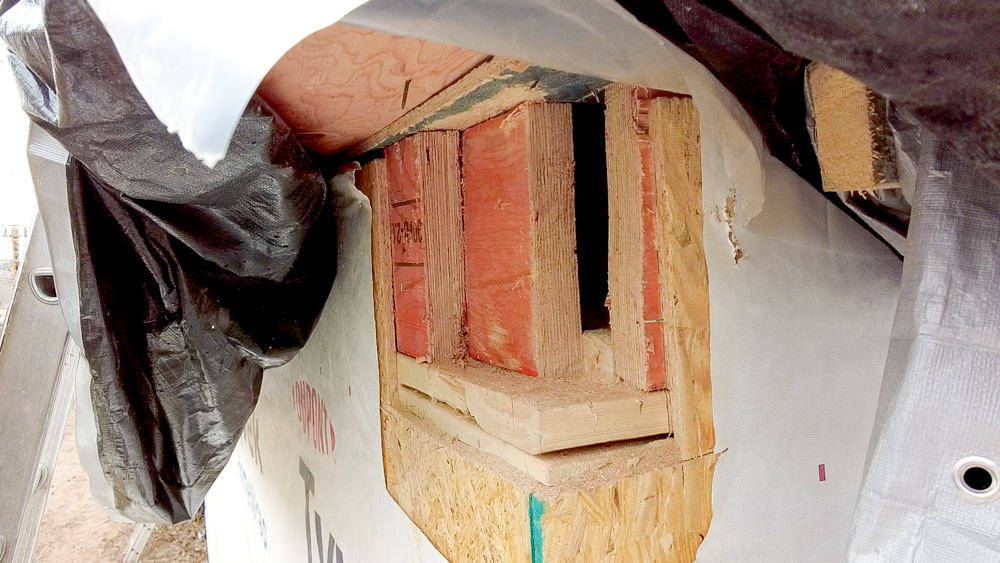 Donavan cut into the old LVL, and he wants to have a little bit of an overlap so that we can tie our new outside LVL into the one that’s on the inside. 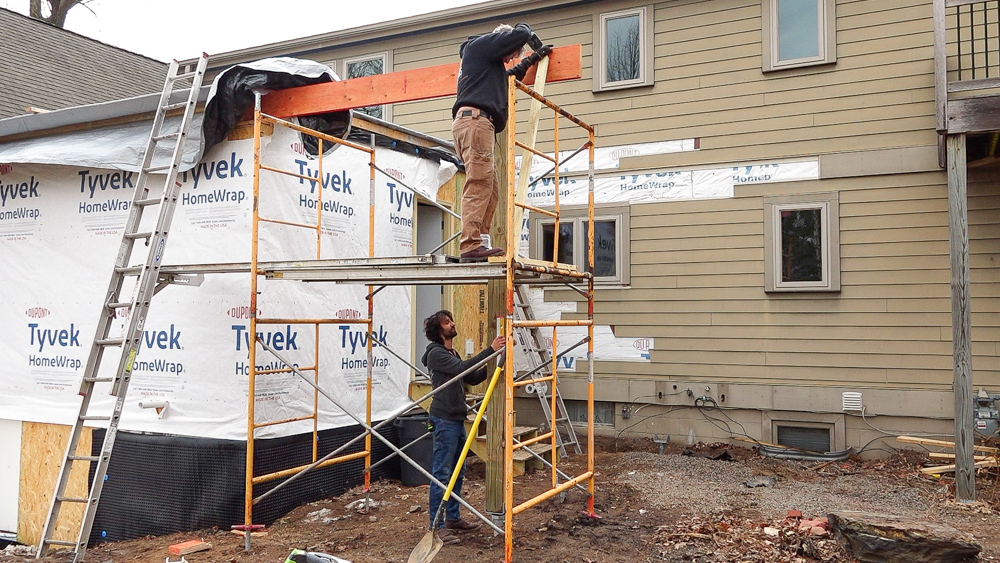 After getting the LVL in, we are setting the post. 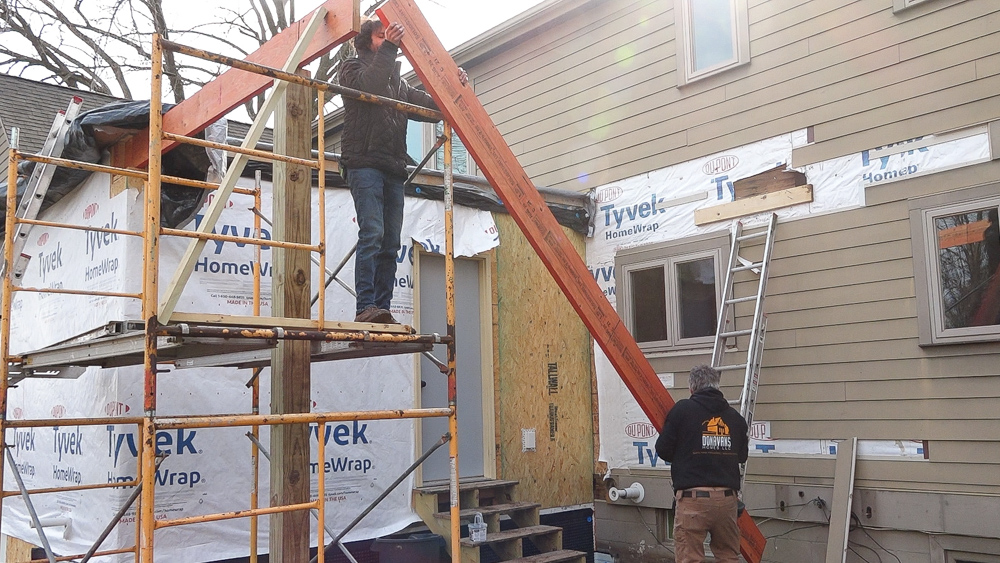 With this post in the right place, we’re going to start working on the LVL that connects from the house out to the post. Donavan attached a two by up there for now. That will be a little shelf for us to set this LVL onto as we’re short one LVL. 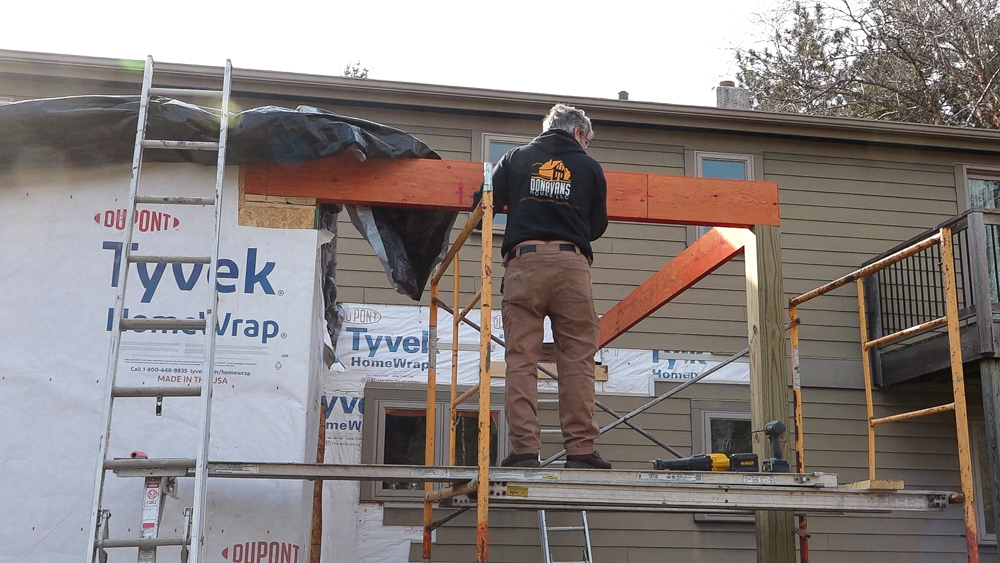 That is going to do it for this one! I don’t really know what the next few days are going to be like. Tomorrow is supposed to be raining all day, and the same thing for the morning the day after, so it might be a little while till we’re back out here, but we have our structure in place. We can start dropping in and framing out the roof, and tie in to the rest of the roof, and then doing the rest of the roof prep so that the roof can actually be installed finally. When that’s done, we can finally start working on some of the finishes on the interior, such as setting the windows, setting the door, doing the drywall, all that actual finishing stuff inside. So things are definitely coming along.

Thank you as always for watching. I really appreciate it. If you have questions or comments on the home renovation, remodel addition project, please feel free to leave us a comment. As always, we’d be happy to answer any questions you might have, and until next time, happy woodworking!