Welcome back to our home renovation project. We are back in the new kitchen space, and we will be doing some more structure today. 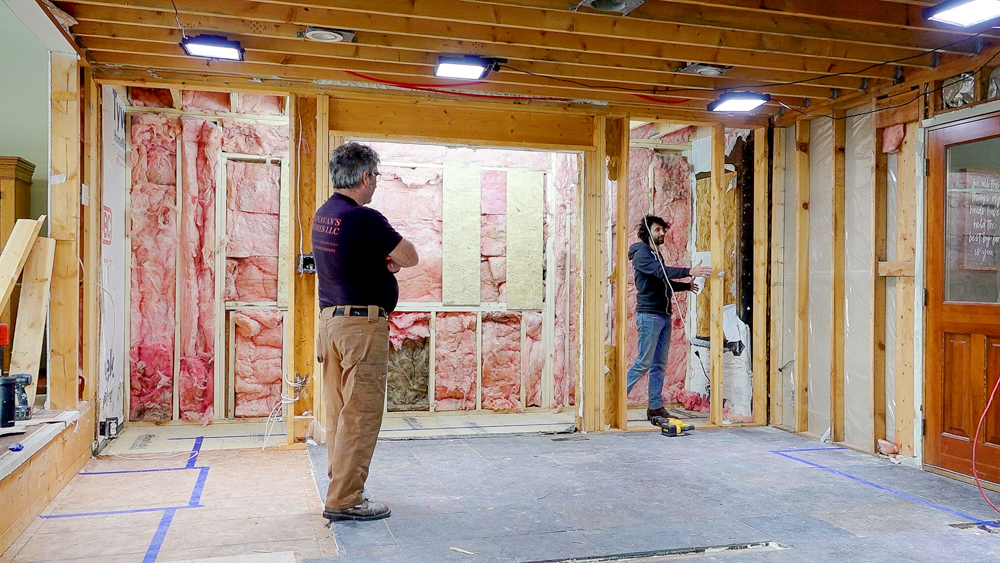 We still have this existing old exterior wall, which is stripped down, which needs to go. Just like the exterior wall on the other side of the room, we have an interesting situation with this one. The structure is the same, but we’re tying into an opening into the entryway. So we’re going to have a beam that supports the roof load and the second story wall, coming into an opening that also needs to be supported. And it’s a longer span.

So the strategy today for supporting loads so we don’t die: we’re going to cut the plates out of the old exterior wall, and then we’ll get set up on the rim joist to support that on the short term. 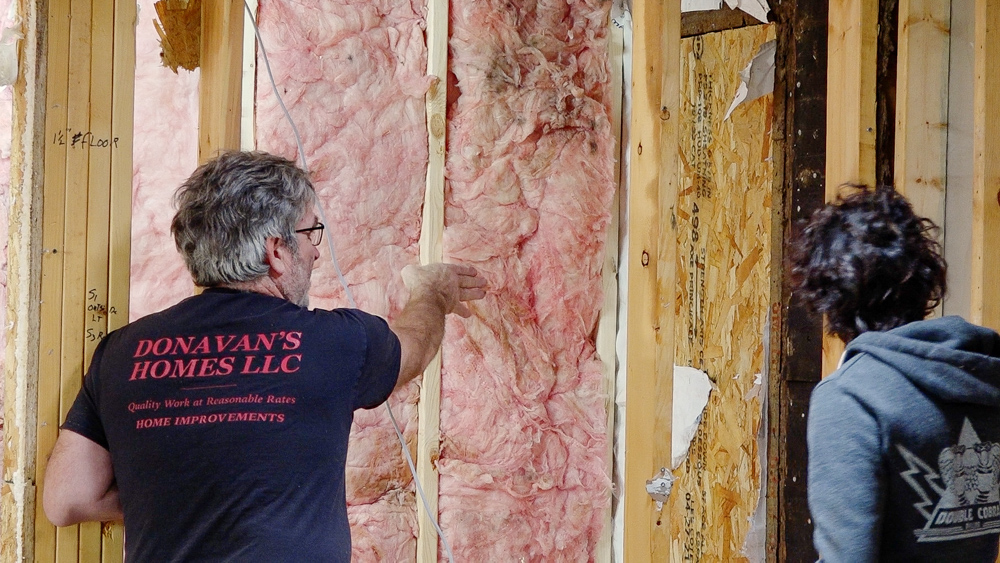 We’ll strip that wall, and then figure out how far we have to strip back to get to our king and jack studs on this side. We’ve got more electrical in the way, meaning we may have to open the floor up in the attic to get this out of here. Then we can run our header across the opening to support that area, and then we can pull out the old exterior wall. 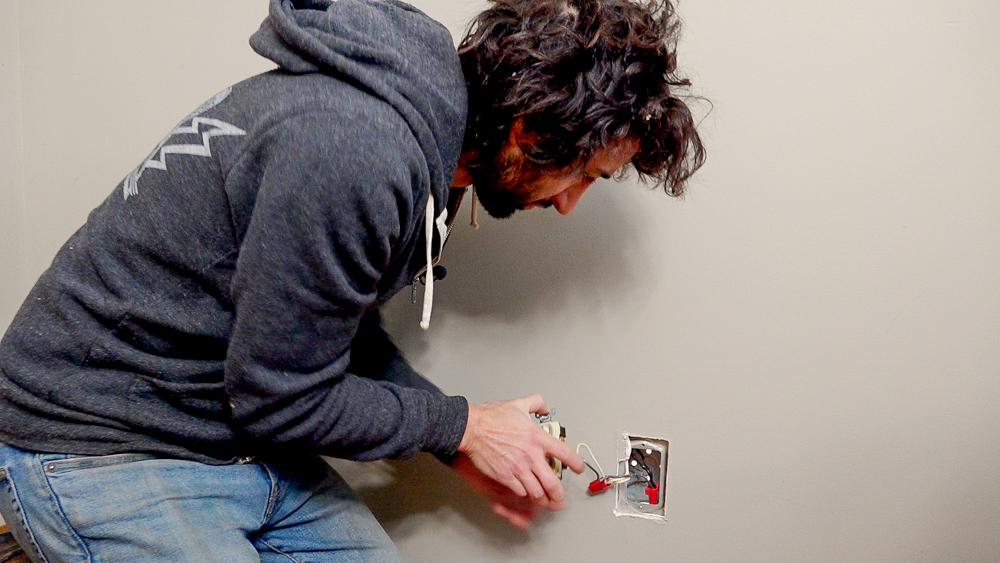 I’m doing some investigation on an outlet on the second floor, which entails trying to figure out where the line goes to. Unfortunately, that might mean removing some of the drywall in the attic, but luckily it’s taped on and easy to remove. I can’t get to the back of the outlet because it’s on a stub wall in the closet in the bedroom. I’m assuming the line goes to the light in the attic, but I just don’t know if that’s actually where it goes. So we will unhook the outlet on the other side of the addition wall, which we assume goes up to the outlet upstairs, and see what doesn’t work after I do that.

So after that little test, I know that the outlet on the other side of the wall we are working on here is feed, and everything on the outside wall is downstream. So… we know that we have to get that outlet upstairs out of the way. It has two wires coming out of it, but the pigtail to the receptacle is one of them. So we just need to figure out which wire is the feed on the one down here, and then we’ll clip it. 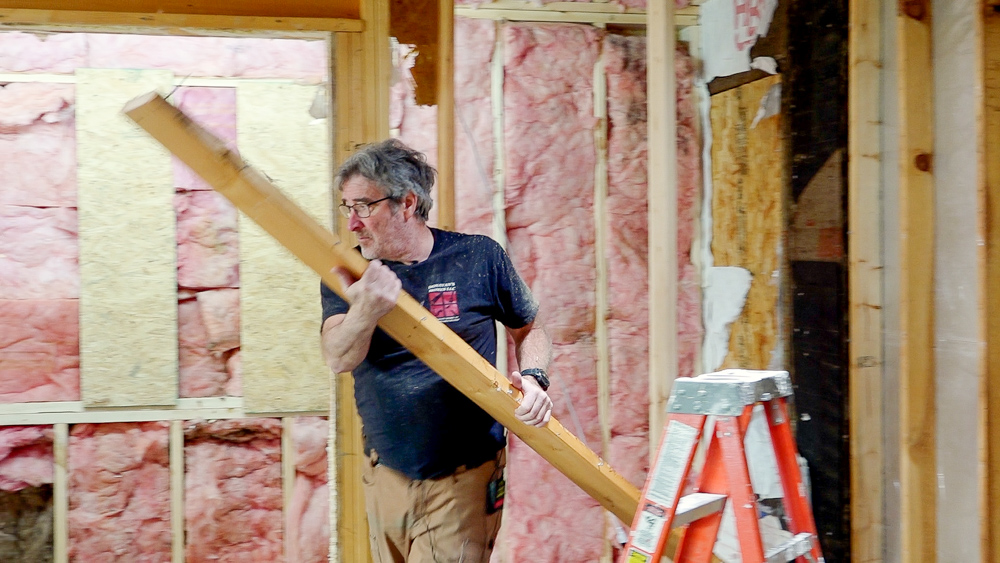 While I’ve been doing this investigative electrical work, Donavan has been removing the studs on this old exterior wall. 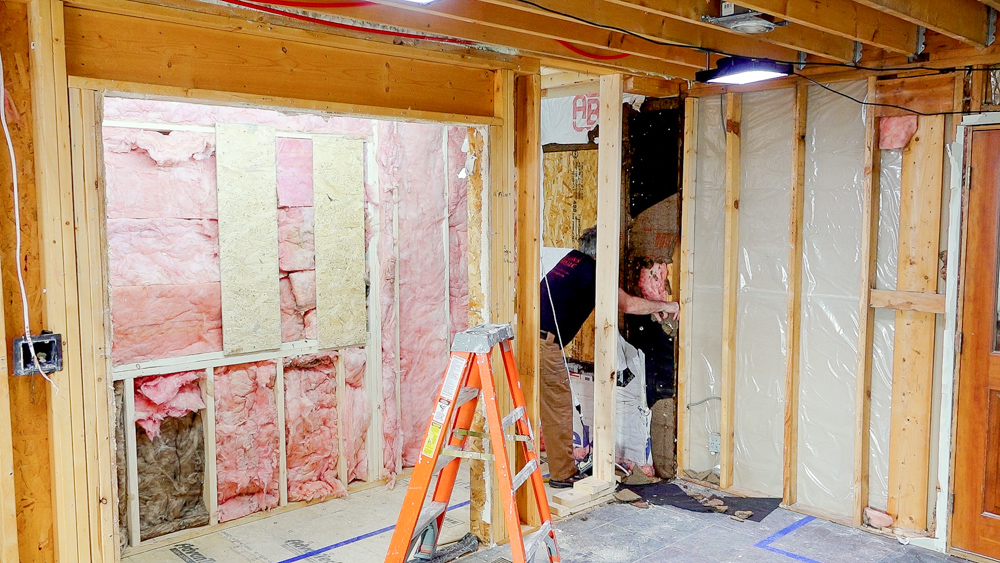 I was wrong, there’s more wires in here than I thought. So this is getting fed from the bathroom upstairs in the kids’ room, meaning it crisscrosses through the whole house. So now the bathroom’s dead. So we are going to drill an access hole, disconnect the outlet downstairs, pull it through the hole, and then we’ll wire them together so everything is running again. 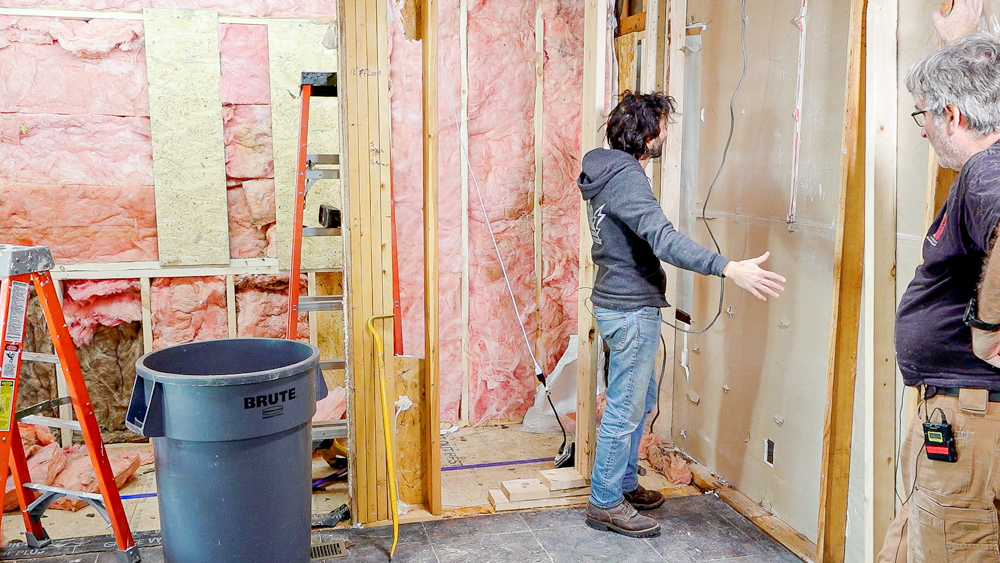 Now with those obstacles removed, we can start framing the opening. This area right here is going to be our new access way into the entryway. So we have our king stud, and then we’ll get some jack studs installed in here for the header, which is going to support everything above it, including this wall.

So then the only thing we have to consider with load transfers is getting our loads from up in here down to the foundation. Right now we just have a simple rim in here, so we want to take that load directly and place it onto the foundation. Donavan’s been talking about is getting blocking down there so we have a solid mass between our framing up here and the concrete foundation beneath it. 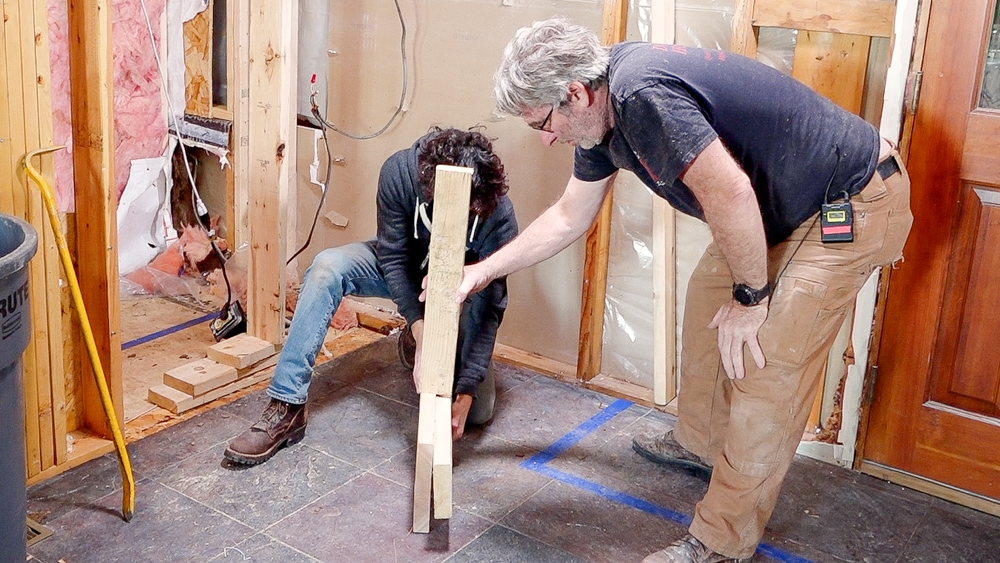 We’re transferring all that load down like this, and we want to block in behind here and get this as a solid mass bigger than our post. Then when we do get that concentrated load this doesn’t want to roll or tip. 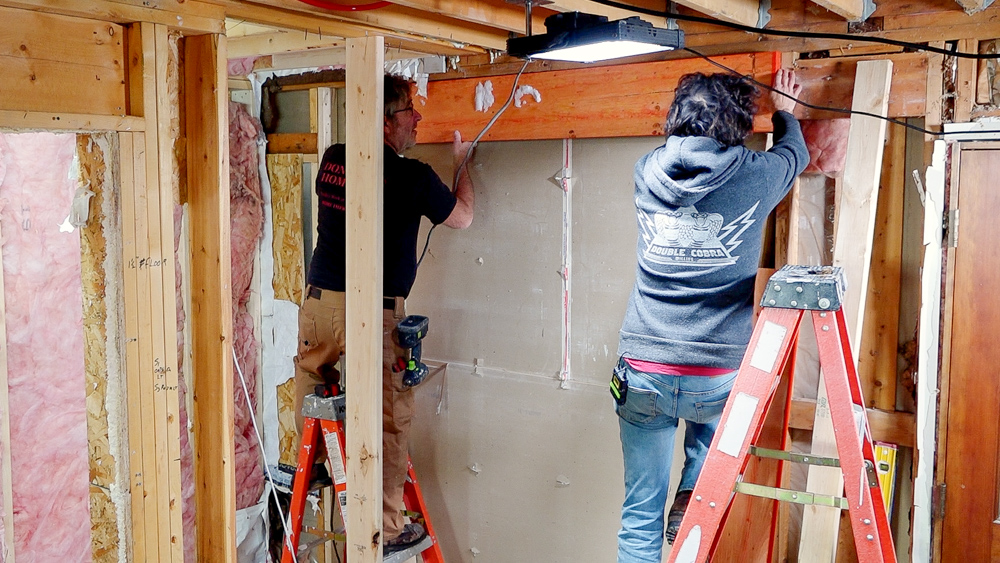 Now we can get the header in. 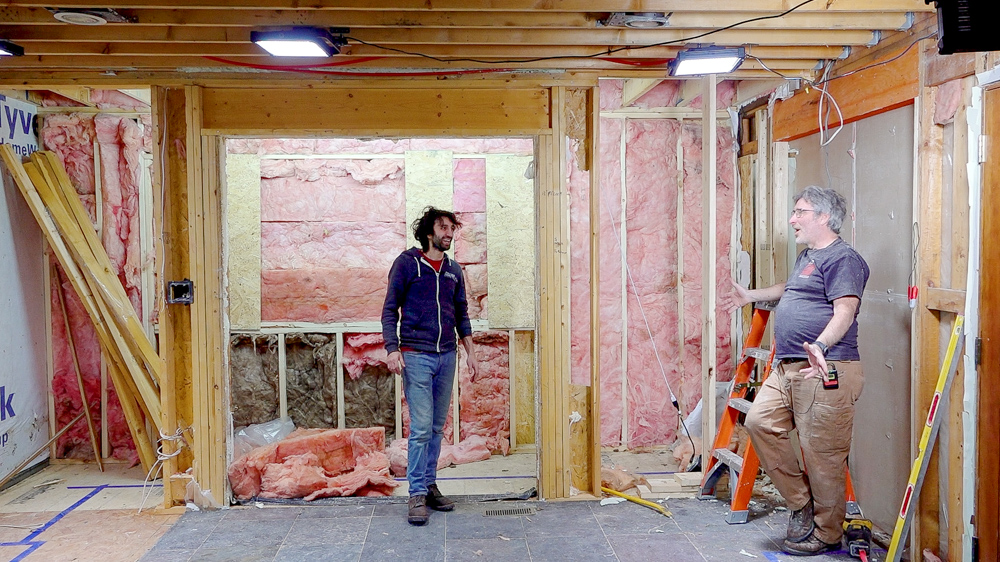 We have a framed opening now. So far Donavan has been pretty accurate with time estimations, because he predicted at least one day per opening. Next time, we’ll get the LVLs in here. All of next week will likely be finishing up all of the main structure in here and putting in more openings.

So that’s going to do it for this one! Thank you as always for joining us. We greatly appreciate it. If you have any questions or comments on the home addition/renovation/remodel, please feel free to leave us a comment. As always, we’ll be happy to answer any questions you might have. And until next time, happy woodworking!